Founder and CEO of Fuente Latina

Leah Soibel, a Hispanic American and Israeli, has more than a decade of experience on the ground in Israel, the U.S, Latin America and Spain working with thousands of Spanish-language journalists and opinion leaders from around the world.

Leah established Fuente Latina in 2012 after recognizing a void in the Latino media market and in response to the growing demand by global Hispanic journalists for factual information about Israel and the Middle East in their language and in real time.

Since then, she has brought millions of Spanish speakers an accurate image of Israel and the region through international media events, expert interviews and briefings, as well as helicopter tours and many other initiatives.

Fuente Latina has grown quickly under her leadership and today is recognized as the only media organization that breaks down geographical, cultural and linguistic barriers for Spanish-language media covering Israel, the Middle East, and the Jewish world.

Leah established Fuente Latina after seven years at The Israel Project where she was among the original core staff in Jerusalem. Previously she worked in intelligence. She is a National Security Education Program Fellow and received an Arabic-language certificate from the American University of Cairo’s Arabic Language Institute.

She has a BA in Middle East History from Dickinson College, an MA in Security Policy Studies from George Washington University, and has completed coursework for a Doctorate in Political Science at the Hebrew University of Jerusalem.

Leah mainly splits her time between Miami and Jerusalem and is mom to toddler Zack Pedro.

Rafael has more than a decade of experience working with media in Spain, Israel, Latin America, and the U.S. He has reported for major newspapers, radio and TV stations and worked on communications campaigns for several media outlets.

As Chief Communications Director, Rafael oversees Fuente Latina’s global Spanish-language media outreach, press relations, and interviews as well as production, content, and more. He has led and organized dozens of media missions to Israel, as well as numerous international media tours with newsmakers to the U.S. and Latin America, facilitating hundreds of interviews with top global Spanish-language media outlets.

Rafael is based in Spain, but he is a citizen of the world.

She has more than a decade of experience in communications, marketing, and public relations in top agencies stretching from Mexico City to Miami to Los Angeles.

Prior to Fuente Latina, Bertha was at Saatchi & Saatchi where she led PR efforts for a global Olympic/Paralympic campaign as Earned Media Director.

In between her agency roles, she managed Diageo’s Latin America Corporate Social Responsibility Buchanan’s Forever program and was Marketing Communications Manager for LAN Airlines’ North America Operation based in Miami.

Bertha has a Bachelor’s of Science in Communications from Boston University, a Masters in Liberal Arts from the University of Miami, and has taught college-level Public Relations at the Universidad Iberoamericana in Mexico City.

She loves spending time with her husband David, son Eitan and daughter Lia.

Andrea, who works closely with the Chief Communications Officer, is responsible for defining communications strategies, pitching and packaging stories, as well as maintaining media relationships.

Andrea has more than 10 years of experience working in communications and marketing.

After graduating from San Pablo CEU University of Madrid with a degree in journalism, she worked at Aleph Communication where she developed marketing strategies for different tech companies. After her time at Aleph, Andrea made the leap from tech marketing to tourism public relations, working at Idealmedia Communication Platform. During her five-year career at Idealmedia, she was a regular contributor to Paralelo20, a travel and tourism radio program of Radio Marca. Before joining Fuente Latina, Andrea worked at Globally as a public relations account manager. 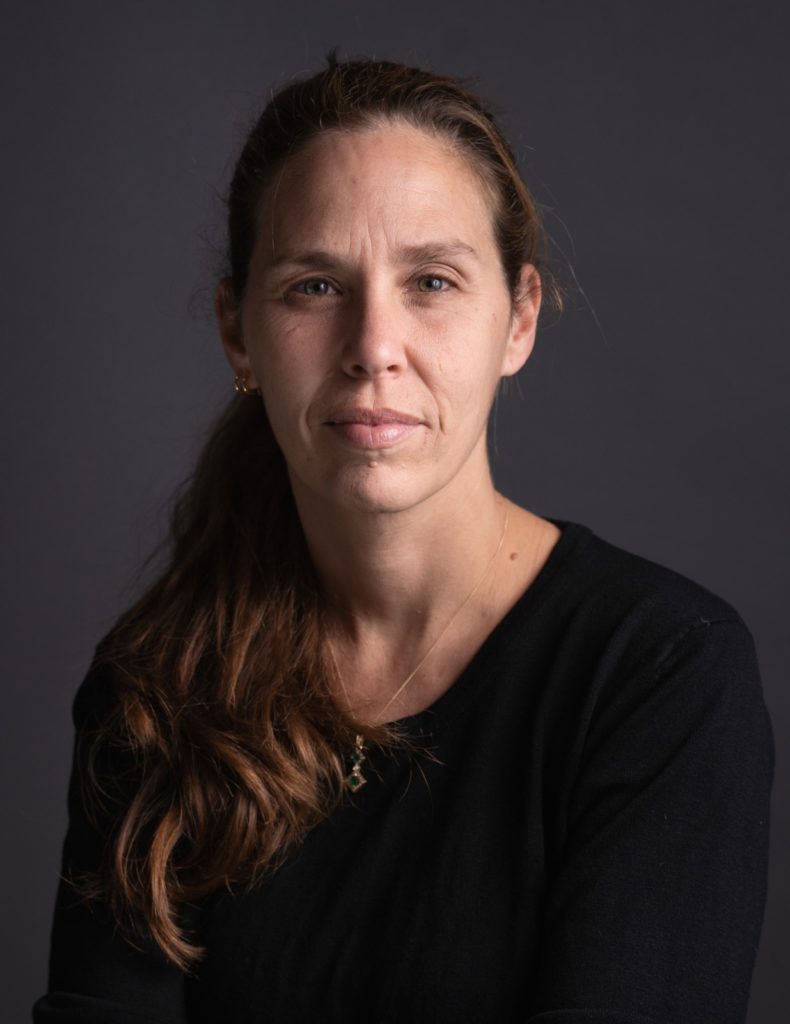 Maya Siminovich produces videos and written content for Fuente Latina that are viewed by millions of Spanish speakers worldwide.

She researches stories in the field, working with editors, and assists visiting journalists with filming and production in Israel.

Maya previously worked with EFE, the #1 Spanish-language news agency in the world, Israel’s KAN Radio, and has worked for more than  20 years as a freelance journalist for a variety of global print, television and radio outlets.

Maya was born in Jerusalem and raised between Barcelona and Madrid. She has a BA in Information Sciences from Complutense University, Madrid, an MA in Audiovisual Journalism from New York University and a PhD in Philosophy from Carlos III University, Madrid. 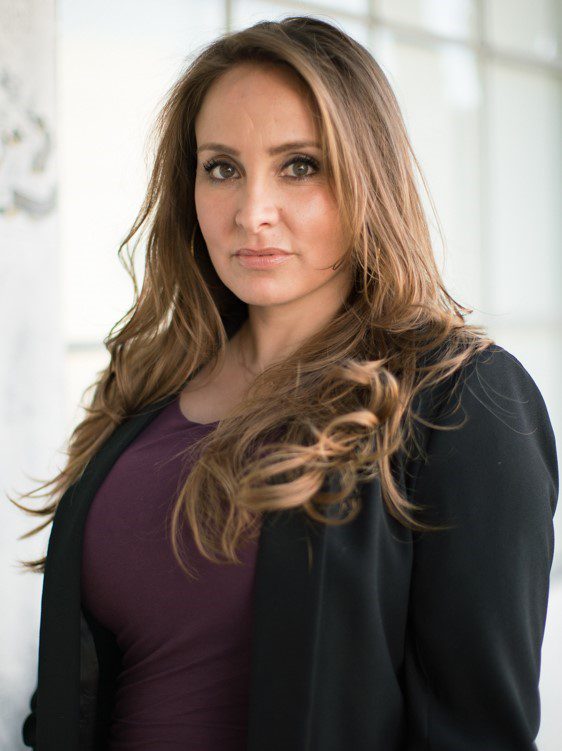 Daniella is responsible for planning media outreach, programming, and content as well as cultivating Fuente Latina relationships in the California community.

Before joining Fuente Latina, Daniella was part of RAZE, a Latin digital media company launched by actress Sofia Vergara, where she was instrumental in launching their first mobile platform with original content that celebrates the voices and perspectives of Latinos through production and premium video content distribution. Before RAZE, she developed communication strategies through content creation for personalities such as the Kardashians, entrepreneurs, and government figures such as Vicente Fox.

Working in both the United States and Latin America has given Daniella a great cultural and inclusive understanding of brand development, entertainment production, public affairs, corporate communications and public relations in Hispanic and non-Hispanic markets.

The Mexico City native received a BA in International Relations from The University of California, Los Angeles. 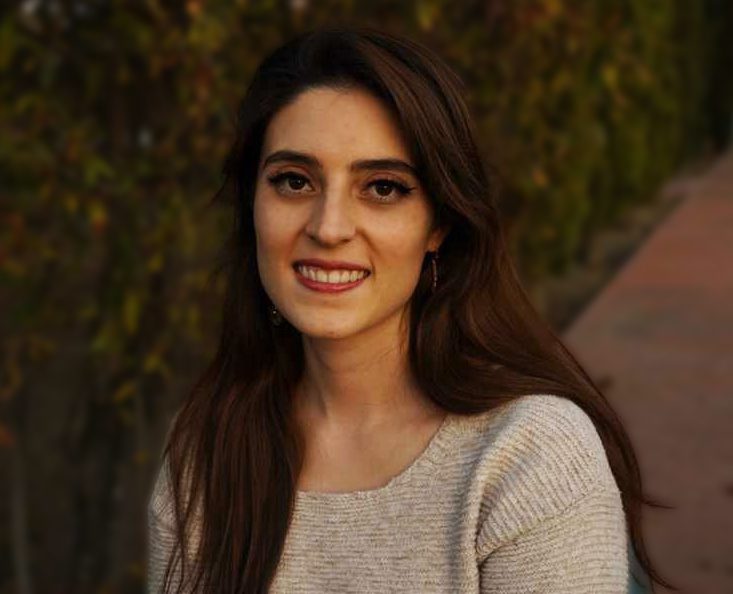 Mariana is a filmmaker with demonstrated experience in audiovisual content creation, production, and editing.

She began her career as a cinematographer working on a wide range of films including Spectre, the James Bond movie.
Mariana later transitioned to the world of digital media at Chilango, Máspormás and AJ+ en español.

Mariana considers herself a student of the world and enjoys translating ideas into audiovisual content.

She is a graduate of Centro de Diseño Cine y Televisión University in Mexico City. 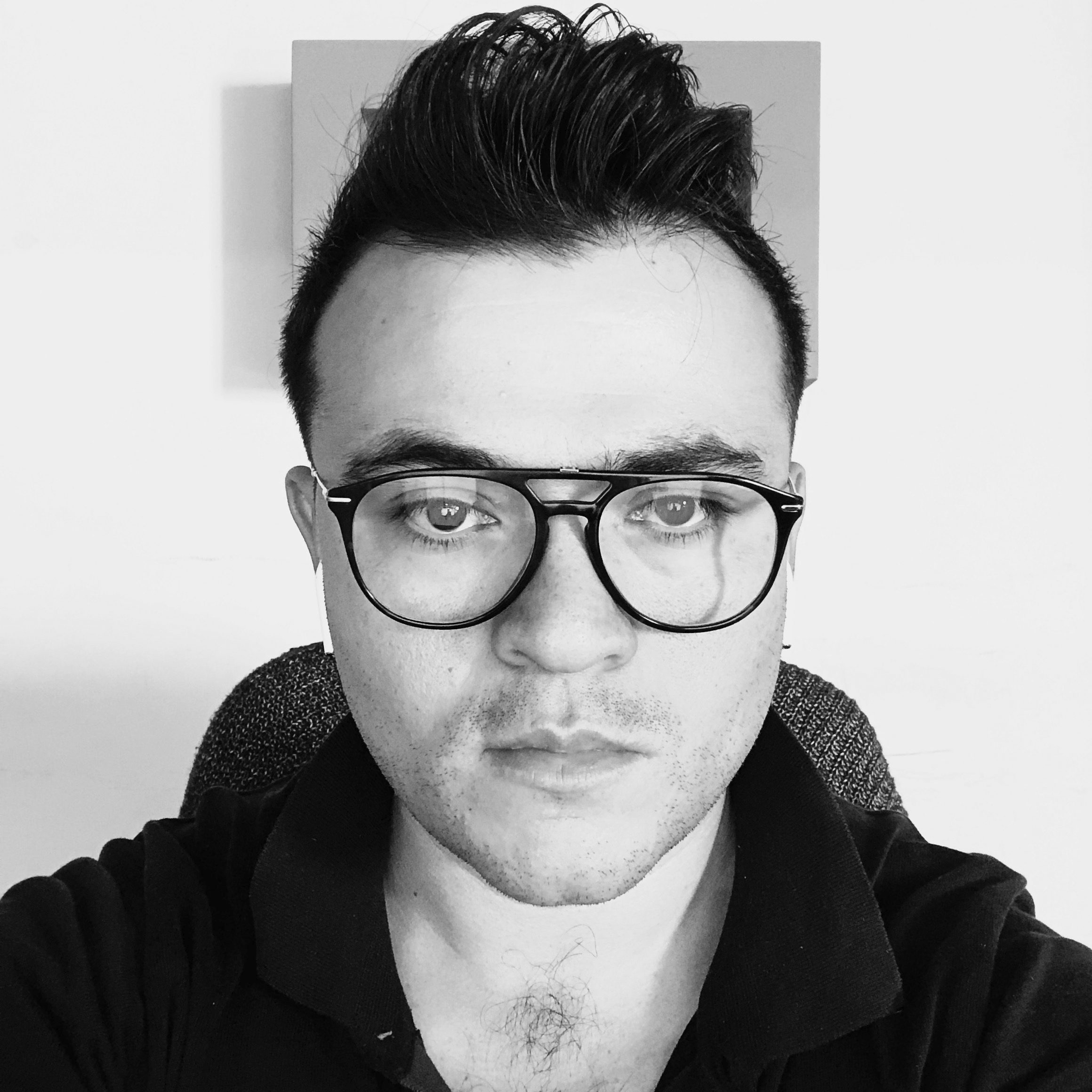 Trained in Design and Graphic Arts, Enrique brings over a decade of demonstrated experience in brand consulting, typographic innovation and creative communications.

His passion for design led him to work on campaigns for Unilever, The Coca-Cola Company, Harley-Davidson, Kellogg’s, Listerine, NAPA Auto Parts, Cinépolis, Apex Tool Group, and many others. 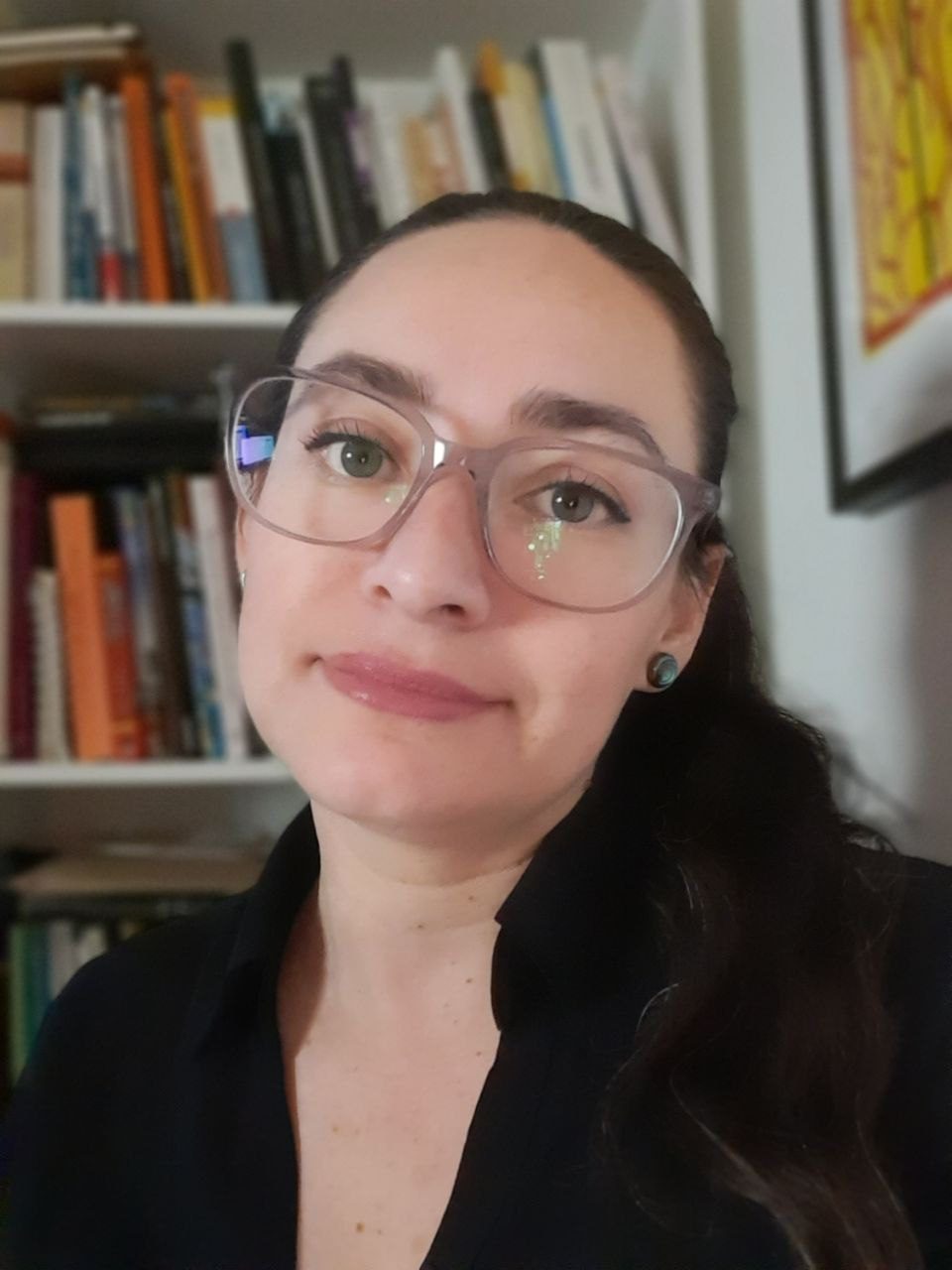 Sara is a skilled audiovisual creator with a strong background in journalism and more than a decade of experience in content production.

Sara’s storytelling has touched diverse audiences spanning a wide range of topics from news to entertainment.

Her career began as a television editor at Azteca Deportes transitioning later to digital content production at Grupo Imagen. She has worked on a variety of brands including Excelsior Digital and Salud180. 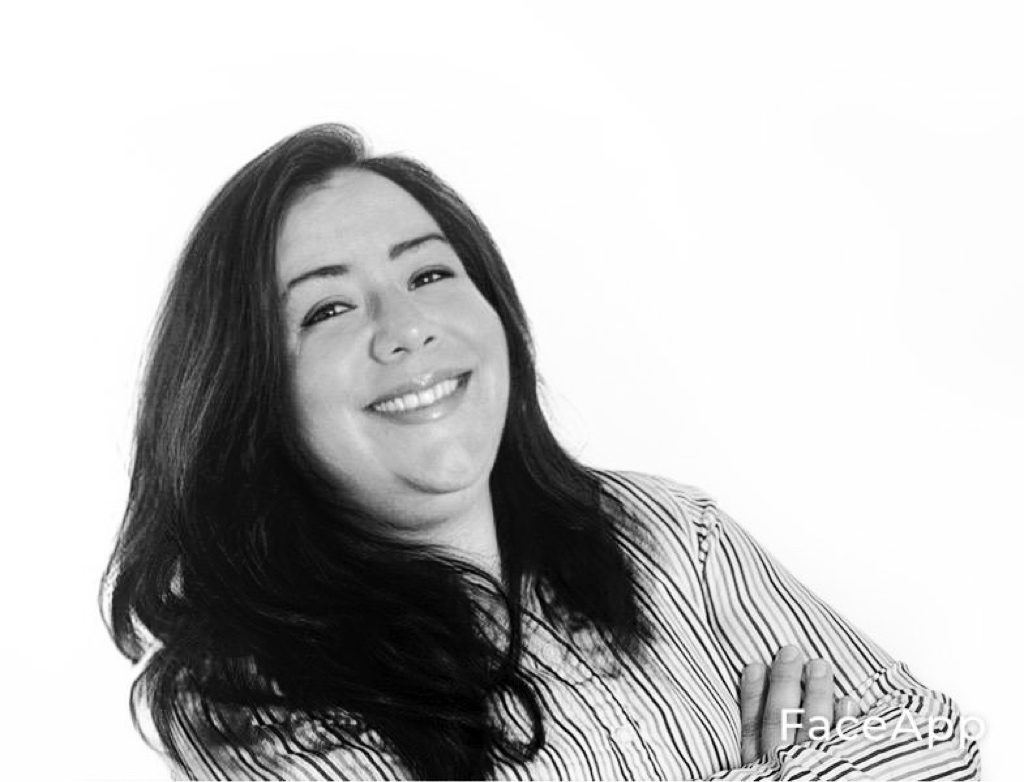 Paloma has worked with numerous global brands including Warner Bros Pictures, Amazon, Johnson & Johnson, BMW, M&M’S and others. Her work has been recognized with several prestigious accolades including FOMLA, Effie Awards and the CNN Expansión Award.

She graduated in Latin American literature from the Universidad Iberoamerica and developed professionally in the fields of social networks, marketing and communication. 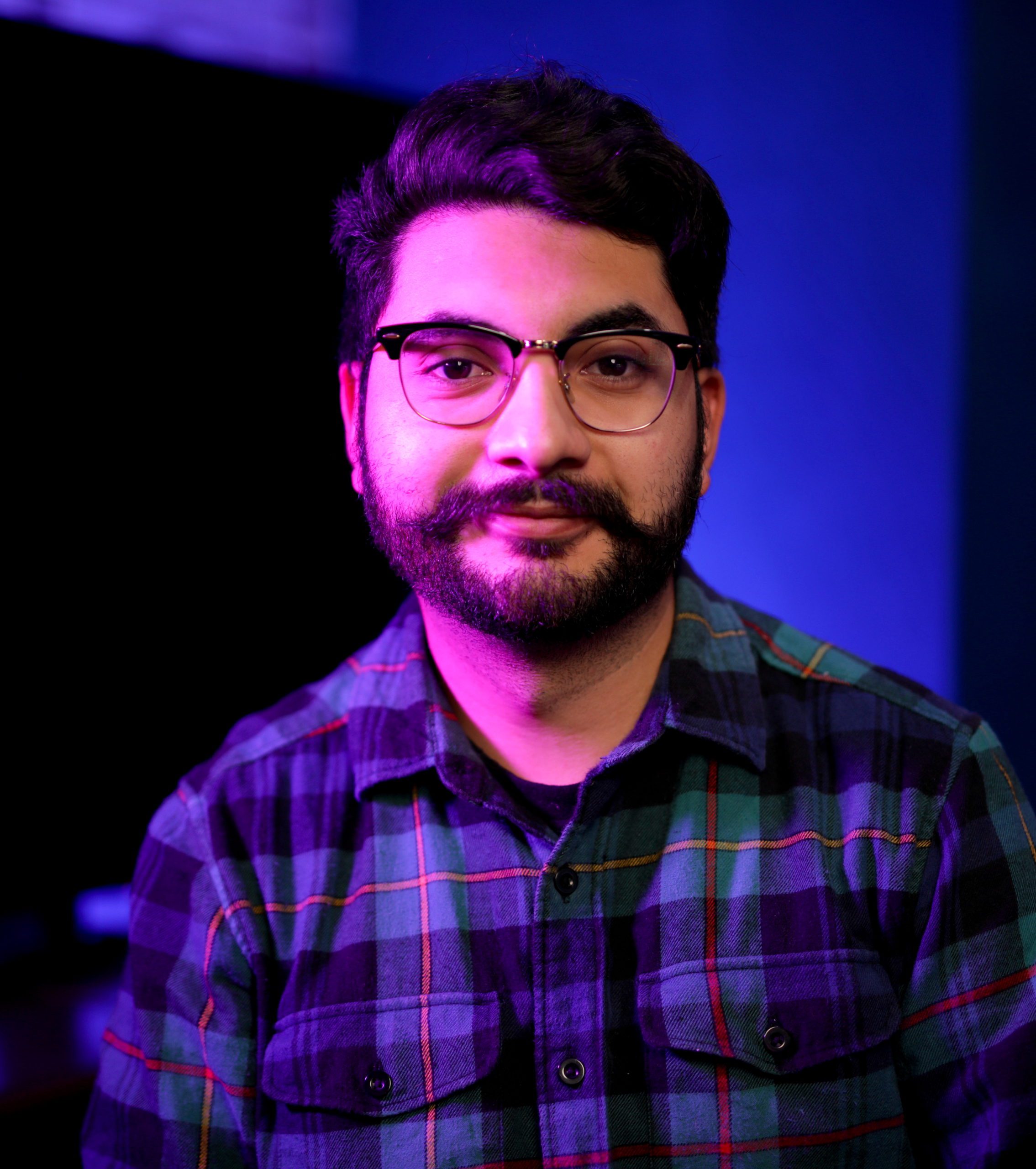 Prior to joining the Fuente Latina team, Eduardo created commercials, motion graphics and other creative content for top brands including YouTube, Nike, Bimbo, MVS, Digital, Jafra, D’Gari, and others.

He graduated as a Graphic Designer from the National University of Higher Studies. 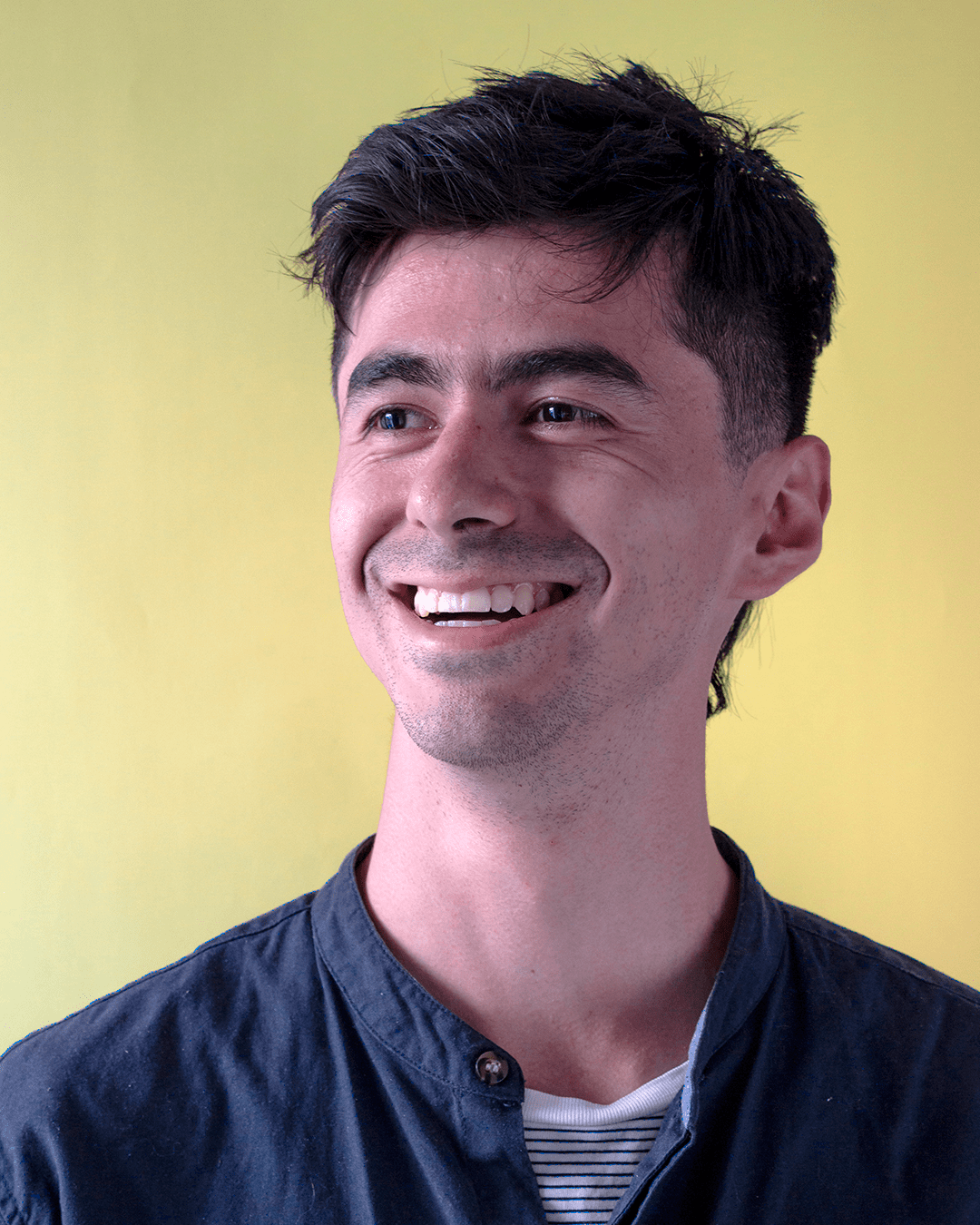 Alain designs all our branding, graphics and visual production.

Alain has worked on numerous designs, illustrations, and animation for local and international artists, as well as projects for brands including Comercial Mexicana, Amnesty International, Volaris, the language startup Poliglota, and others.